On March 22, the U.S. Census Bureau released the results of its July 2017 yearly population estimates, and what they reveal shows that while Texas continues to be a red-hot destination for newcomers, the Austin-Round Rock area is adding fewer people than in years past. 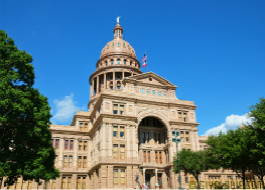 The bureau analyzed population growth beginning July 1, 2016 through July 1, 2017 throughout the U.S., and then broke the figures down by metro region. In 2017, Austin-Round Rock area dropped in rank among the 10 fastest growing regions in the U.S., going from No. 8 in 2016 to No. 9 this year.

In their report, the bureau notes this drop is due to a drop in “net migration,” which translates “to less people moved here last year than the year before.” In 2017, the Austin area welcomed 55,269 newcomers, a drop from the 58,301 that moved here the year before.

Though it’s a drop of more than 3,000, the population gain was enough to keep Austin-Round Rock at the No. 9 spot among the top 10 largest gaining metro areas. Our Texas neighbors Dallas-Fort-Worth-Arlington and Houston-The Woodlands-Sugar Land took the Nos. 1 and 2 spots in this category, respectively.

Also falling in ranking is nearby Hays County. In 2016, the county took the top spot among fastest growing counties in the U.S. This year, it fell to fourth place.

Despite Austin’s slight decline, the state of Texas is still in demand. Among most populous counties, both Harris (Houston) and Dallas counties rank among the top 10 in the nation and among the largest gaining. And when it comes to fastest growing counties, Comal, Hays, and Kendall make up three of the 10 spots, coming in at Nos. 2, 4, and 5, respectively.

Houston and Dallas also appear among the most popular metropolitan areas in the country, too. With a population of 7,399,662 (an increase of almost 145,000 people from 2016), Dallas-Fort-Worth-Arlington comes in at No.4. Not to be outdone, Houston-The Woodlands-Sugar Land comes in right behind in the No, 5 spot, with a population of 6,892,427. The New York City, Los Angeles, and Chicago metro areas took the top three spots, respectively.

Info courtesy of: Katie Friel and the U.S. Census Bureau